Below is a sampling of our recent efforts to raise awareness about - and help ensure - sleep and healthy school start times.

It's About Time in Lower Merion, PA 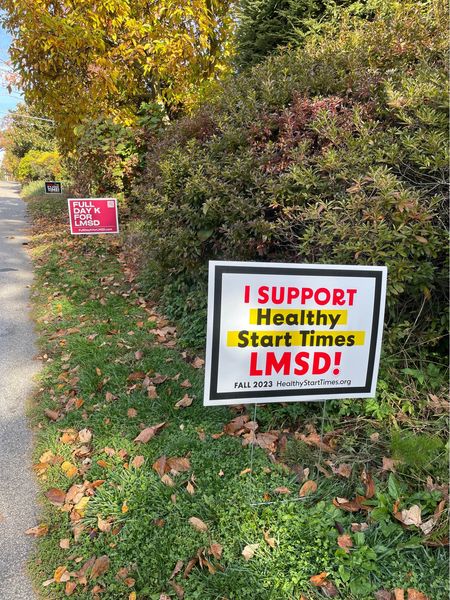 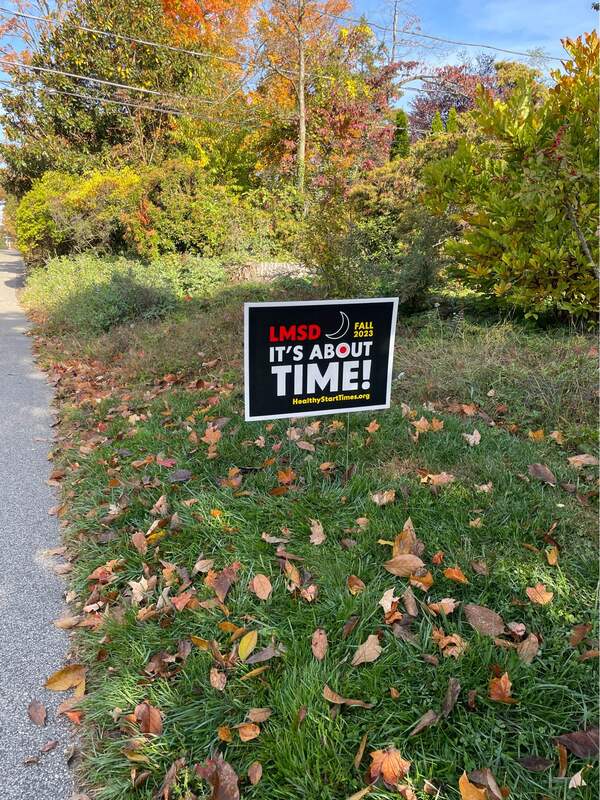 Waking Up Washington to Sleep Health

​Joining with Project Sleep and other coalition partners on Capitol Hill, October 24-25 2022 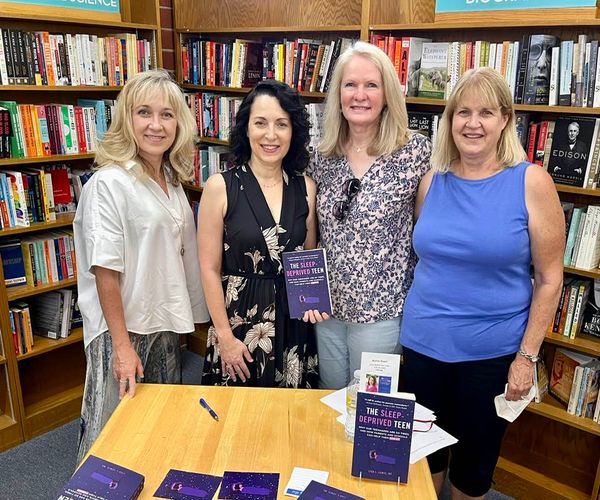 2021 Webinars from Let's Sleep! for School and Community Leaders 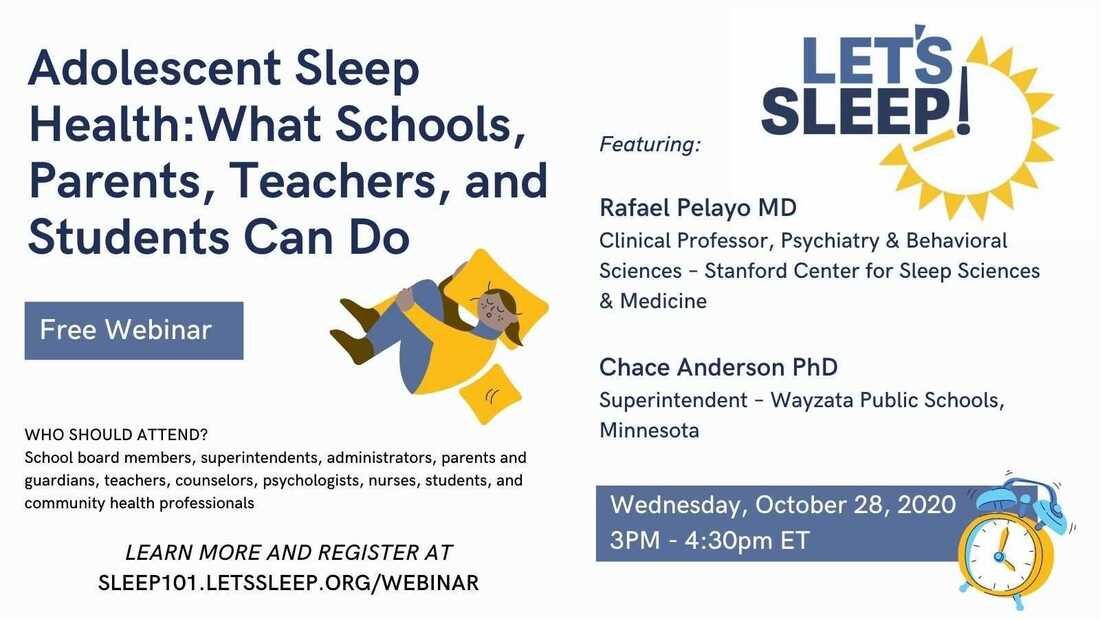 ​Testifying Before the Massachusetts State Legislature 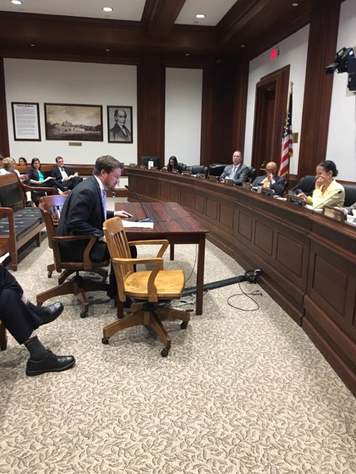 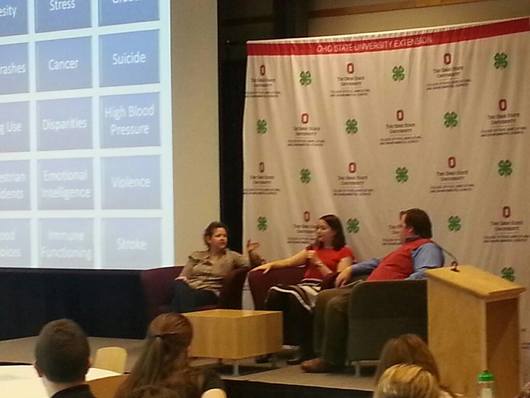 Spreading the Word about Sleep 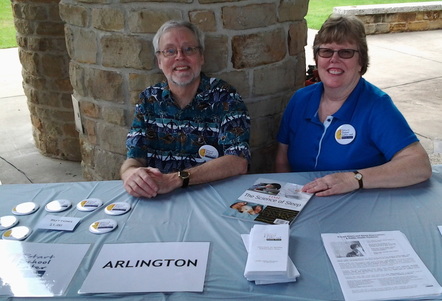 Talk at the Yale University School of Medicine 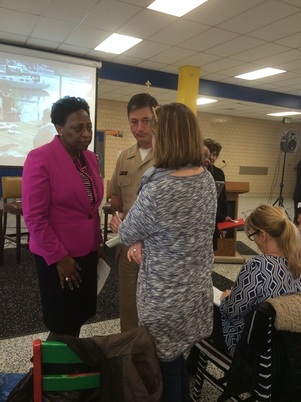 Start School Later Arlington, TX
Attempt to Wake Up Their Local School Board 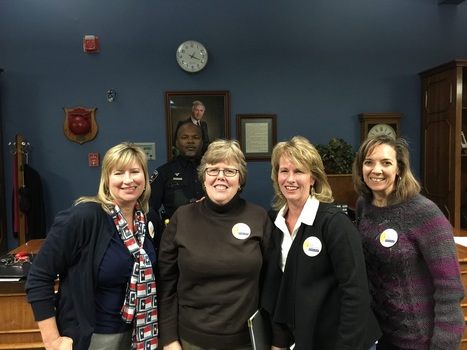 After a 5+ hr (note the clock reads 1:20 a.m.) Start School Later Arlington TX members Debbie Owensby Moore, Cathy Stein, Mark Schatzman & Cheryl Buckner Till finally presented their remarks to the AISD Board of Education in an effort to impress upon them the need to delay the HS start time. Currently local teens must be ready for instruction @ 7:35 a.m. Their brains are still physiologically asleep at this hour! 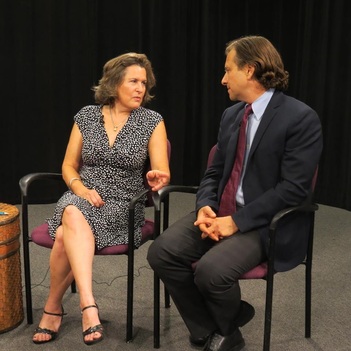 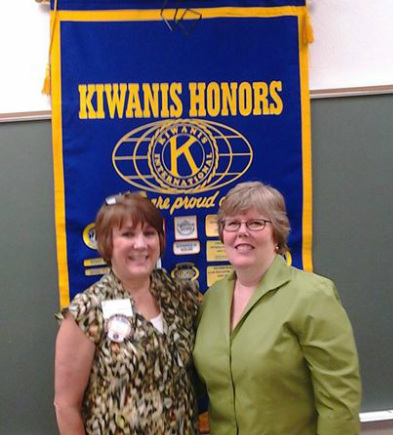 Twitterchat on Sleep and Mental Health 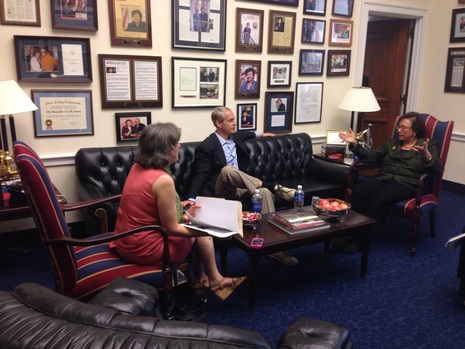 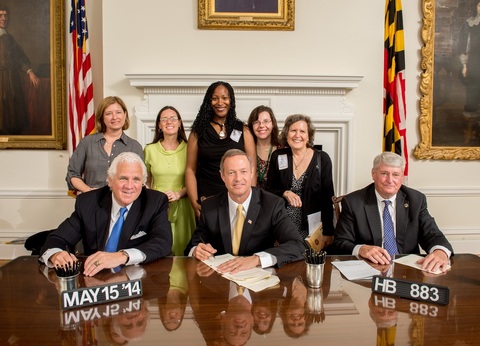 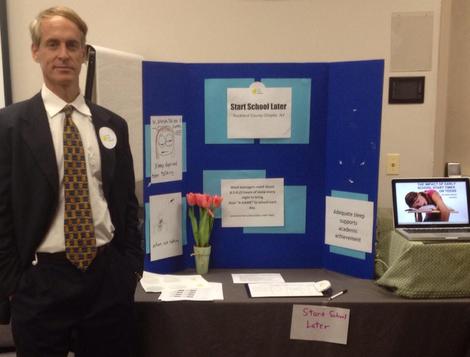 Spreading the word on Forward Motion 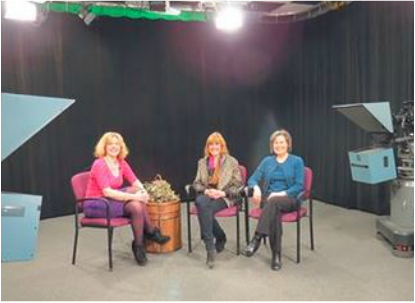 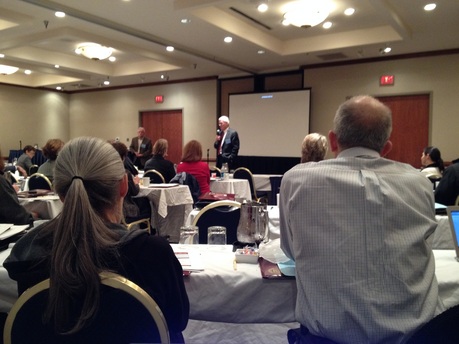 Start School Later Meets with the U.S. Department of Education 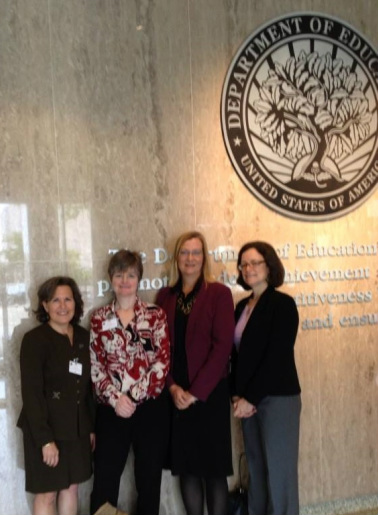 Start School Later paid a callon the U.S. Department of Education in Washington DC and had a productive hour-long discussion with Deb Delisle, the Assistant Secretary for Elementary & Secondary Education and David Esquith, the Director of the Office of Safe & Healthy Students. We discussed ways to work together to make it possible for local schools to restore later, healthier, sleep-friendly hours. 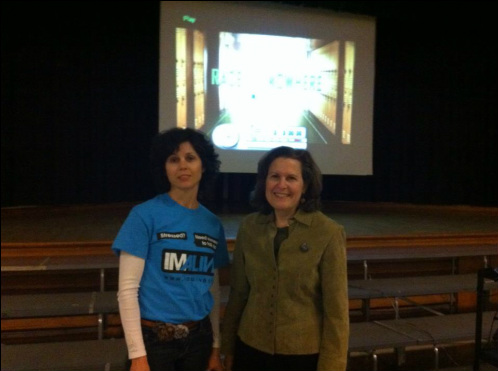 Exploring the Adolescent Need for Sleep:
A Symposium Co-Sponsored with the Lloyd Society

Judith Owens, MD, MPH, is an internationally recognized authority on children and sleep. She is the Director of Sleep Medicine at Children’s National. Her research interests include the neurobehavioral and health consequences of sleep problems in children, pharmacologic treatment of pediatric sleep disorders, and cultural and psychosocial issues that impact sleep.

Dr. Owens chairs the pediatric section of the American Academy of Sleep Medicine. In 2005 and 2006, she was a spokesperson for the National Sleep Foundation "Sleep in America" poll. She is a founding member of the Board of Directors of the Society of Behavioral Sleep Medicine.

Dr. Owens is co-author of Take Charge of Your Child's Sleep: The All-in-One Resource for Solving Sleep Problems in Kids and Teens for parents and A Clinical Guide to Pediatric Sleep for healthcare professionals. She is the recipient of many awards, including a 5-year NIH grant in sleep education, and the AASM 2006 Excellence in Education Award.

She is board certified in developmental/behavioral pediatrics and sleep medicine, and is the author of more than 75 original research and review articles in peer-review journals, chapters, and books on the topic. 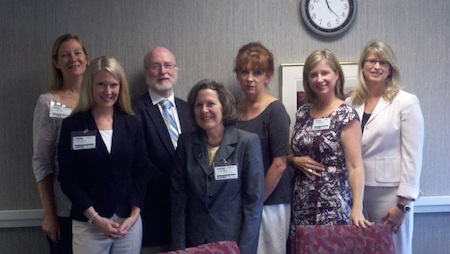 Start School Later meets with Dr. Richard McKeon, Director of the Suicide Prevention Resource Center, and Michelle Bechard, Lead Public Health Advisor, Division of Prevention, Traumatic Stress and Special Programs, at the Substance Abuse and Mental Health Services Administration (SAMHSA), an agency of the US Dept of Health and Human Services (HHS), Wednesday, July 18, in Rockville, MD. Discussion centered on creating awareness of the issue of sleep deprivation in students, school start times that are out of sync with adolescent circadian rhythms, and risk factors for mental health problems. Dr. McKeon and Ms. Bechard welcomed continued discussion about adolescent sleep deprivation and its consequences. 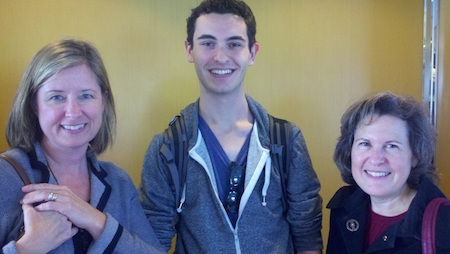